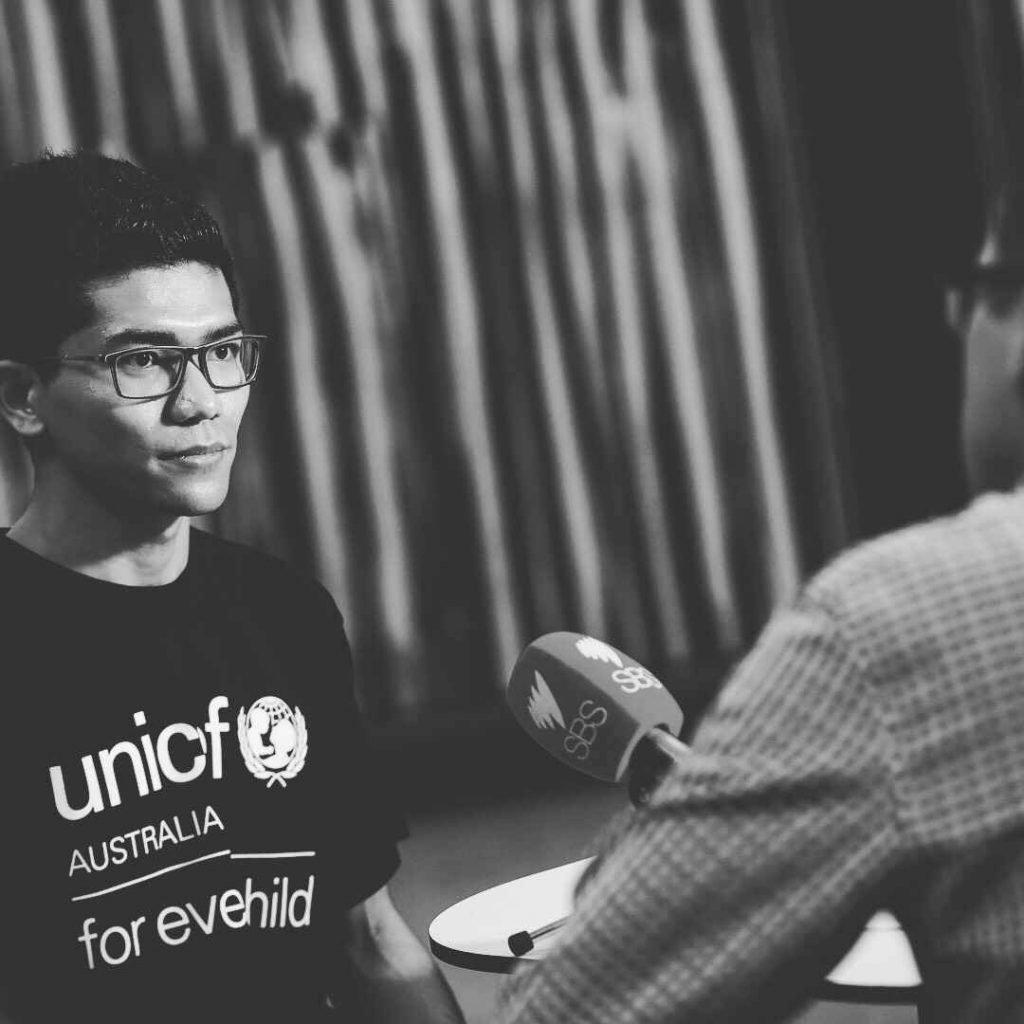 Steve (Vung Sian Muan), a Year 12 student who began studying at Cyril Jackson Senior Campus in April, 2017, after arriving as a Humanitarian refugee from Myanmar, has recently been appointed to represent the opinions and concerns of Australian youth as a UNICEF Young Ambassador, one of nine from 450 applicants across Australia, selected for their diverse life experiences and world views.

“I always wanted to make a difference in the community that I live in”, said Steve. “I think one of the rights that are being neglected is Article 12 of the Convention on the Rights of the Child, which says that children should have their opinions taken into account. Whereas, most often children are just being told to obey and their voices are not heard. I want every child to have a safe environment where they can grow physically, mentally and spiritually and be able to live their lives to their full potential.”

Making this difference will be possible for Steve as a Youth Ambassador in this exciting and innovative program, which extends from July 2018 to June 2019, requiring these future leaders to directly consult with young people across this nation and present their views and concerns to the government in Canberra in 2019.

Ambassadors prepared for their great responsibility, under the guidance of UNICEF (Australia) staff at their headquarters in Sydney, by completing five intensive days of skill-development in which they learned about children’s rights and the work of UNICEF, in both the Australian and international context.

Having traversed the continent, Steve and his fellow ambassadors will now undertake peer-to-peer mentoring, building their capacities in their own communities of children and young people. Following these consultations, the Young Ambassadors will report their findings to Parliament in Canberra, in 2019.

Simultaneously preparing for University in 2019 and advocating for children’s rights at local, national and international level, may appear to some of us to be daunting. However, by focusing on child rights issues in Australia, including the rights of Aboriginal and Torres Strait Islander children, and those from refugee and asylum-seeker backgrounds, as well as contributing to the development of a National Plan for all children in Australia, Steve will have the opportunity to exercise leadership, develop new skills in media, communications and government advocacy, attributes which will enhance any future career.